Boeing has a Force Field Patent 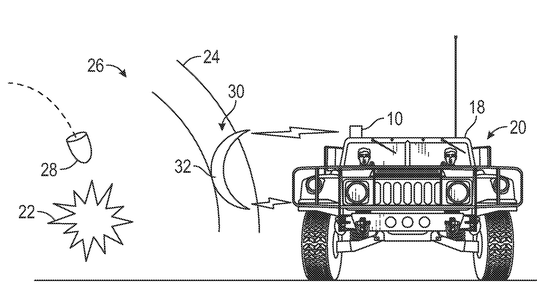 Boeing you know the guys that have huge airplanes like the 757, 747, etc? Yes those guys, well they were just granted Patent number 8,981,261 B1 by the United States Patent office for a real life force field of sorts.  Effectively a high energy plasma arc is formed and as the patent says it is a “shockwave attenuation via electromagnetic arc”. The attenuation would allow for a reduction in a blast, which coupled presumably with traditional armor would reduce troop damage.

The guys over at PatentYogi put together a quick video showing the concept at play which is a pretty good way to kill 3 minutes.  The video is embedded below for you.

This might be one of the most practical and very cool technologies to hit the Patent office in a while.