Got That New Nexus 7 Tablet? Does It Do What You Want It To Do?

Lots of people have the complaint about the Android experience, saying “Out of the box the iPad is way better” which can be true if you are new to Android or to lazy to Google how to do something (best part is there’s a Google search box on almost every tablet now). So lets get down to the nitty gritty of complaints and my quick solves to fix them or at least explain why its done that way now. I’ll be doing this from my Nexus 7 that is rooted and has a custom ROM loaded, I’ll explain why and how to do that in a later post.

The number one complaint I’ve heard is that there is no longer a hard key for home/back/menu/search. The reasoning behind this is that soft keys don’t wear out and can be positioned at the bottom of the screen no matter which direction you have it facing. 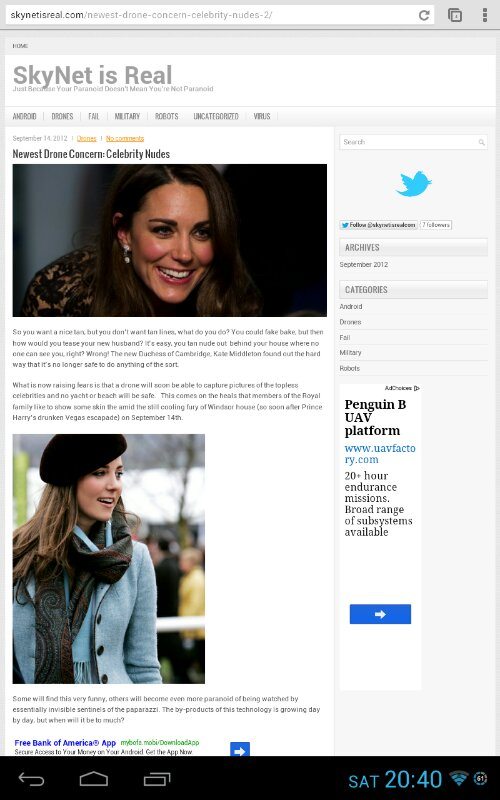 Here you have your standard portrait layout, versus the landscape layout below. 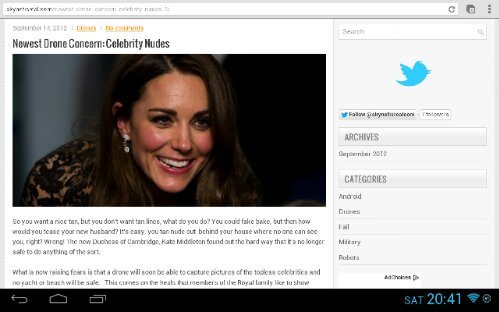 With your standard hard keys the location is static making them potentially harder to press on these larger devices, where as, on a soft key setup they are always exactly where your thumbs are.

The second complaint has been about charging your tablet. The new wall chargers were designed specifically for the Nexus 7 to charge it from 0% to 100% as fast as possible, I’ve had mine fully charge while on in less than a hour from 1% battery (due to playing many games during down time at work). Your phone or standard USB wall charger/car charger just does not put out enough juice to feed the quad core beast that is the Nexus 7 as rapidly as the one it shipped with. Also don’t lose your wall charger, they are not exactly cheap.

Next on the list is multimedia abilities. You’ve got this beautiful new screen and you toss over a .avi or .mkv only to find out it won’t play… Well let me explain a little detail for you non nerds out there, Android is based off Linux, it is in fact just one of the many flavors of Linux. As such, Linux is meant to be a bare bones software that you, the end user, gets to customize and choose what does and does not go on your tablet. A quick Google search will easily point you in the right direction for all your Android needs, and 99% of the time there is a free app in the Play store that does exactly what you need.

So back to those video files that it wouldn’t play, a quick search would bring up MX Video Player, this will play almost any video format (I have yet to find one it doesn’t play), allows you to control volume and brightness by sliding up or down/left or right on your screen, and it saves your position in the video so you can come back to the exact spot you left off.

Then there’s probably the biggest web browsing complaint for the Nexus 7/Jelly Bean 4.1 operating system, no Adobe Flash support. I agree that this is a big pain in the ass but it is also far more easily fixed then most people know. Just follow this Link to install the app, it will ask to allow an install from unknown sources, this just means you don’t require a Google Play store verification for the app your installing.

Lastly there is the issue of syncing the data of non Google apps ie. game data. There is actually a free app that does just this between your android devices, and in the paid version you can set it up to automatically sync your devices whenever they come onto the same WiFi network. However for this program to work you need to have root permissions, no big deal, I will cover all that and more in my next post